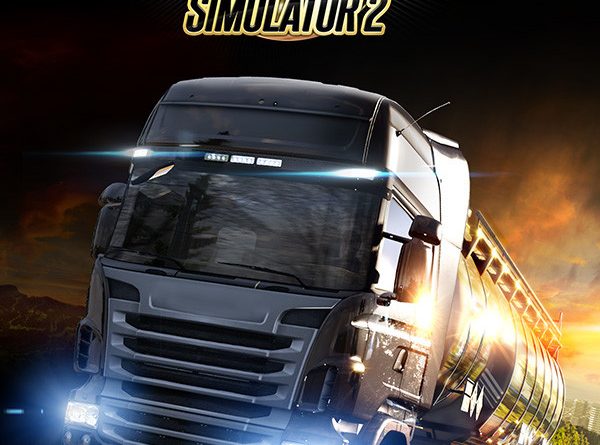 High quality euro truck simulator 2? Though, ETS2 is as realistic as you want it to be right from the get go. Before you even get a glimpse of the inside of your cab, various settings will ensure that your experience is catered to your skill. From various control schemes that either utilize the keyboard, mouse or controller/steering wheel for driving, to the amount of driving assists with various transmissions, from the beginner styled (easy) Automatic, to the fully fledged manual that requires a clutch. It’s nice to know that even newcomers to the genre can experience the entirety of the game without having to rely on overcoming steep difficulty curves, and can eventually ease their way in to harder difficulties.

This one will change the way you drive. Realistic Truck Physics is a complete overhaul of the driving physics. I’m not a trucker (I’m a fighter), but until I played around with this, I did flip my cab quite a lot. With it installed, more aggressive driving is required to mess things up. It changes suspension, cab shake, braking, the active roll control, and reduces the roll angle to help the likes of me to keep my truck off its side. It’s a mod that requires some tweaks, either using the in-game console or applying them to a config. Instructions are here. Here’s that word again: “immersion”. This might feel a little bit extreme, but Real Advertisements yanks all the in-game advertisements out and replaces them with real-world counterparts. It’s been structured in such a way that all the ads are placed in their correct language and countries. There are 269 ads, advertising perfume, burgers, shoes, and local treats.

Immersion is a big thing in sims, so making the world feel right is a goal we mother truckers always share. Realistic Graphics Mod has over 70 new sky textures. You’ll be staring out at the sky a fair amount from your cab, so having a pile of lovely skies to choose from is a real treat. There’s a lot of other tweaks. Nicer reflections and light flares, more realistic weather conditions (the raindrops are lovely), and better road textures. You can even grab add-ons for it, linked on the steam page, to make nights darker and support unofficial maps. It’s an easy fix to make your game a whole lot prettier. Take a peep.

The new areas in the game’s world are described as requiring over 20 hours to explore them. Along with the added countries, 13 new cities are included ranging from Warsaw and Krakow to Ostrava and Budapest. With the expanded areas, players now have even more locations for pick-up and delivery that results in more freight job opportunities. Environments before the expansion didn’t offer much in terms of challenging situations. With the added areas, players now have to navigate through steep mountain passes, narrow roads, and roads that are under construction and repair. The added road environments and conditions make the world far more immersive and interactive. Find even more info on ets2 maps mods.

Yesterday, Truck Simulator studio SCS Software announced “Hauling Hope,” an in-game event for Euro Truck Simulator 2 and American Truck Simulator that challenges players to deliver COVID-19 vaccines to various locations around the world. It’s a pretty great idea, inspired by last year’s “Truck At Home” event, which SCS said drove ETS2 player counts to record levels and led to more than ?15,000 ($18,200) in donations to various charities. Unfortunately, the blog post about the event drew some blowback from fans who complained about the studio injecting “politics” into the game, and so in a press release sent out after the blog post went live, SCS added a bizarre, poorly-conceived clarification.

This is the sort of mod that makes me want to install a game to play around with it. Local Radio will enhance in-game realism via the medium of FM radio. As you drive through the countries, the radio will automatically change to the stations native to that region. You will be immersed in Europop, draped in ads for Swedish curtains, and lulled by the bland chit chat of local radio. That is until Jan 1st when you’ll be stuck in a lay-by Kent. It runs outside the game, so download it, extract it, and run the program to install the plugin. A local server will take care of the rest. You can switch using the web interface, your keyboard, your controller and your mobile phone. There are over 500 stations that you can curate for your immersive truck fun, and you can select favourites to swap to when you cross the borders. See additional details on this website.