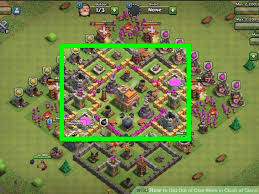 Released in 2012 by SuperCell, Clash of Clans is a freemium strategy game, focused on building and attacking cities. It’s been five years since the game was released but it still hasn’t come down from the top 100 on the app store. Let’s find out why the game is still loved by millions of people.

The game starts off with a tutorial where you get to learn the mechanics of the game. You have to build your village from scratch using resources such as elixir and gold. You can collect these resources using elixir collectors and gold mines. You can solely focus on building your base or attacking other players or a mix of both. Resources can also be obtained from other players by invading their bases. To attack the bases of other players, you need to build barracks and army camps. Read more about Clash of Clans gems generator.

Few players exemplify the addictive nature of game as well as “Tyrael,” a 21-year studying fire science technology in New Jersey. He’s a part-time firefighter, and he’s getting an associates degree in software engineering. Tyrael, who asked to stay anonymous for our story, says the app has been open for 8,000-9,000 hours.

He’s played the game ~25% of that time, but he’s tending to the app the whole time in order to train his troops. Troop training is a process which can take a while but is essential to building up resources to help win a raid.

“I ended up having to stay online 16 hours a day so I didn’t get attacked,” Tyrael tells Business Insider. “That became something I did on a daily routine.”

The main feature of the game is the ability to join and create clans. You can link the game to your social media accounts to find friends. When you are with a clan, you can share your troops with your clan mates. You can also wage a war against other clans.

Even though the game is five years old, the game is still under active development. Earlier, you had to manually tap every resource to collect it. Now, with just a single tap, all similar resources will be added to your reserves. The developers also added more depth to the game. You now have a builder base where you can unlock stronger upgrades for your troops. Also, you get to battle against other players. Unlike the earlier format, the winner is decided based on who deals more damage to the base. New troops and spells get added every update. More info on gems for Clash of Clans.

All in all, Clash of Clans is still a good game despite its five-year-old tag. Even though there are flaws with builder base at the moment, the overall experience of the game is amazing. You don’t have to spend money to progress through the game. However, it will take you a considerable amount of time to unlock the cool upgrades. Regardless of all the flaws, Clash of Clans is one of the few games that has managed to stay on top for so long. A large number of developers tried emulating the success of Clash of Clans, but most of them have failed to deliver.

Just download the game and you will fall in love with it in no time.